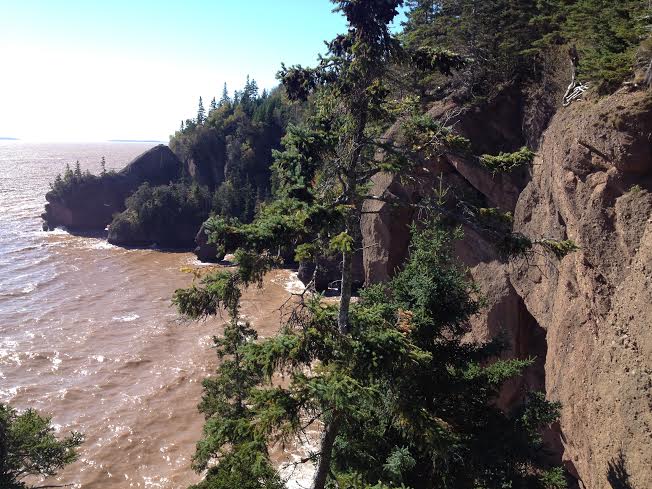 My time exploring this country, in all its beauty (imperfect, tree-and-rock-and-tree based beauty, but beauty nonetheless), is far from over. Last week, I found myself on the East Coast of Canada once again. This time, though, I was exploring THE BEAUTY OF FRIENDSHIP.

(I also just threw up in my mouth, dun’worry. )

I share enough of my ridiculous awkwardness with the people who read this blog that I figure it’s worth throwing up some of my happiness, too. This one is profound, in the most simple way. I have friends, lovely friends. To me, they are home. They moved. I visited. They’re still home. And that’s awesome. It’s just awesome.

I repeat: I am also throwing up in my mouth.

With the right company, I imagine someone could be anywhere in the world and be happy. But the seafood, fall colours, ocean, and calmness of the East coast made the experience next-level relaxing. This was vacation. After the last post, there’s no doubt I needed one.

It’s different, traveling with friends. My last Canadiana experience was selfish…because, well, traveling alone is selfish. It’s supposed to be. That’s the point. That trip was all about experiences, about learning and bucket-listing; short-term connections, life lessons, et cetra. And I loved that. I’m sure I still would.

But last week, I was visiting old friends. I was traveling with my plus-one. This trip was all about people. It was about sharing experiences and sitting around the table. It was just friendship. Not the one-week-long Hostel kind of friendship (which is beautiful in its own way, no doubt), but the kind that makes you think “This. Is. Home.”

Of course, there is nothing, nothing, like experiencing a brief breeze of “This. Is. Home.”  while sitting around with a bunch of strangers in a new place. It’s literally worth traveling around the world for. It’s emotional tourism. But sitting around with people who have been there for awhile and just drowning in the “Home” feeling–even in a someone else’s  “house,” even after a long flight–that’s new.

And I could get used to it.

1. This city smells so, so good.  Even as far out as the airport, your lungs and nose are filled instantly with the ocean breeze. I wish I could bottle up and take it with me.

2.  Seduced by the scent, I headed down to the Halifax boardwalk right after checking into my hostel. I had a book with me, thinking I might be able to find a place to read. Instead, I was greeted by crowds and music and stages. Halifax Buskerfest was in full swing! Fact: the only thing better than a magic show is a magic show with a lively East Coast audience and a beautiful ocean backdrop. 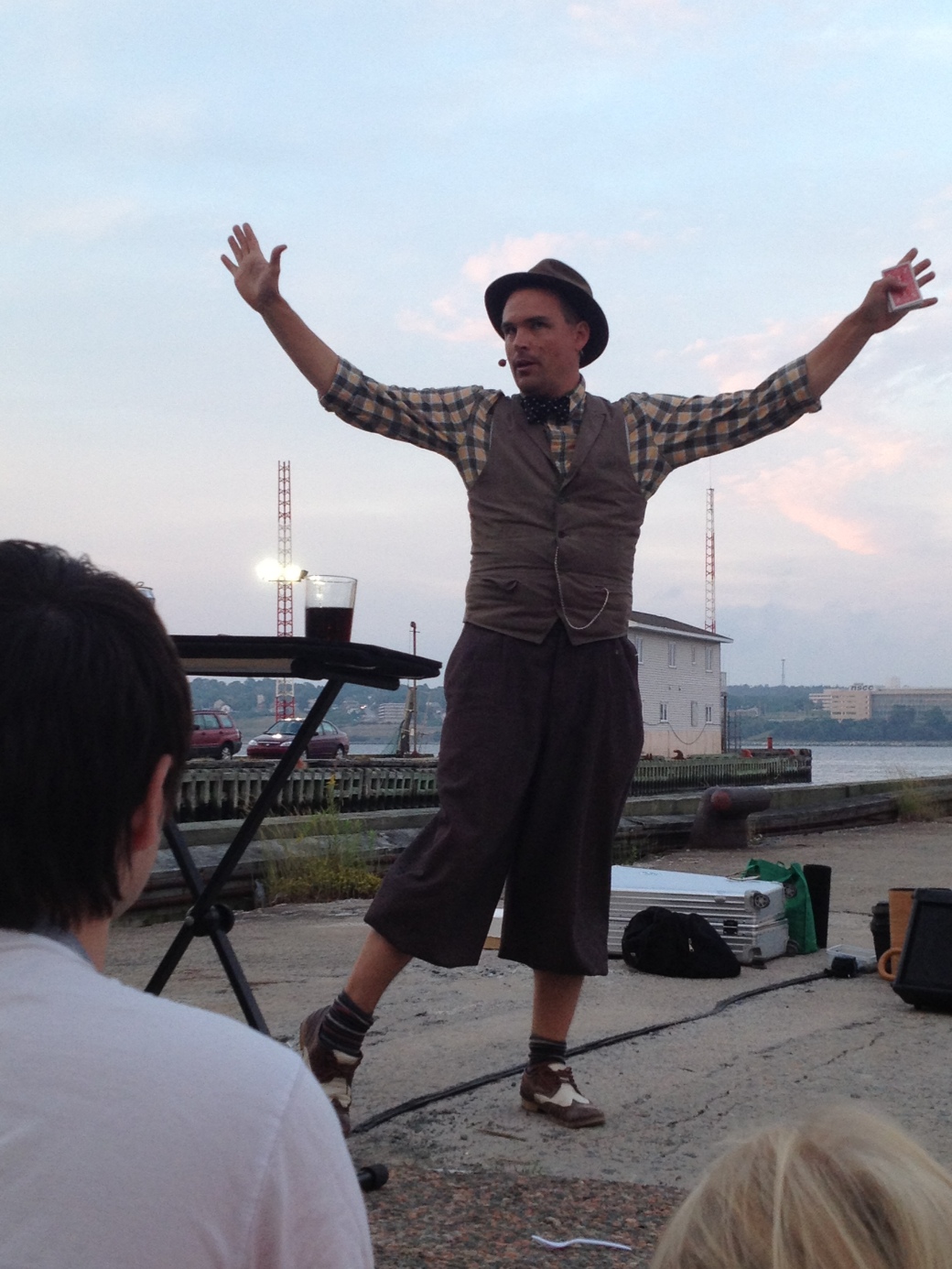 3. Okay, so it was only day one, and I’m not usually inclined to feel homesick, but…if I do get to missing Ottawa, turns out the taste of home isn’t too far away.

4. Public transportation rocks out here. Besides having the world’s nicest driver on the bus downtown from the airport, Halifax also offers a ferry ride across the harbour as part of their public transportation for $2.24 (take that, overpriced Toronto Island ferry). I was extra spoiled yesterday, because for the Natal Day festivities the ferry was free!

5. Oh yeah, Natal Day. Totally didn’t see that coming, either. The day I arbitrarily chose to fly in (because, honestly, the plane ticket was the cheapest) turned out to be right in the middle of Halifax’s birthday party. Natal Day, a huge commemorative festival for Halifax-Dartmouth, is on all weekend. I had no idea! And a kickass festival “created with a commitment to provide low cost/no cost activities wherever possible”? Basically a backpacker’s dream.

6. All this came together when one of the buskers, a percussionist, pulled out his drumsticks for an impromptu performance on the ferry ride to Dartmouth.  Using everything from seats to the ceiling to a woman’s wheelchair, street performer Peter Rabbit spontaneously took over the boat with his drumsticks as everyone watched in awe. I got a clip of it on my phone for you; Check it out:

6. Seafood is obviously a staple of any coastal visit. I kicked mine off with something called “Maritime Poutine” from a street vendor. It was just like any other poutine, except topped with some way-too-good breaded fish. Amazing. Possibly heart attacking inducing, but amazing.

7. Thanks to last night’s Natal Day festivities, I was able to check out some awesome free music, including the end of a free Joel Plaskett show and Slowcoaster (check them out in the video below). I’m always a sucker for a great concert (or two, or three…). It probably goes without saying, but the energy of the audiences out here is just amazing.

8. Fireworks, you guys. On my first day in town, they were putting on an epic fireworks show off the bridge. So much luck.

9. On the ferry back to Halifax after the fireworks and the music, I got to talking with an outgoing group of people–two of whom, I learned, had lived in Ottawa for a solid chunk of time. They invited me to come out with them for a few beers at a patio bar along the boardwalk. The live music and completely mixed crowd (everything from college kids to middle aged couples) was absolutely perfect, and my new friends couldn’t have been friendlier.  I wasn’t even allowed to buy my own beer that night; “East Coast hospitality,” they argued, ensuring I always had a Keith’s in my hand.

10. After splitting a cab with my unexpected hosts, I returned to the hostel I’m staying in. I really, really like hostels. I don’t know why. Maybe it’s because I know I kinda have to like hostels. This one is kind of divey, small, and old, but…I really like it. The couch I’m sitting on as I write this is soft and springy from overuse, and the walls are marked lovingly with pen and stickers.  It might not be luxury, but it’s a great place to lie my head (though I might need some earplugs to sleep through the snoring roommate tomorrow night!).

Alright, day two. Hit me with your best shot!