Introductions suck. No matter how many times I try typing this out, I can’t think of a way to do it without coming off as “a whiney wimp,” and that’s the problem.

Yes, I am a 20 year old male and yes, I will admit that I have my fair share of body image issues. Growing up, my peers and family always taught me how much of a hard time girls have with their body image. How the media would just bombard them with unrealistic images of how they “should” look. It’s always been reinforced in my mind: regardless of how pretty a girl is, I would always expect them to have some body image insecurities.

No one ever told that men grew up with the same insecurities.

For women, the large number of the body image issues come from being on the high end of the weight scale. The images shown in magazines are of photoshopped girls who are unrealistically skinny. But men have the opposite problem. The images you see in magazines are of men who are ridiculously muscular, with biceps the size of heads and abs you can grate cheese on.  But that’s a healthy male looks like, right?

The major problem is that these bodies are completely unrealistic. Not only is how big you can get largely affected by genetics, it’s something that requires a ridiculous amount of time, effort, and dedication. For a guy, you can’t just lose weight; you have to build muscle in the process. Being skinny for a guy is almost as “unattractive” as being fat.

The childhood bullies are probably the worst and most scarring part.  I used to be a chubby kid. It didn’t matter when I was in elementary school because I knew everyone from grade 1. I had a group and everyone knew each other, so bullying wasn’t as rampant in our circles. When I went off to middle school, though, I didn’t know anyone; I was the new kid on the block with no one to look out for me. I was nerdy, awkward, chubby, and I wasn’t the least bit intimidating. Frankly, I was fresh meat for the bullies.

The funny part is, at the time, I completely denied that I was being bullied. I didn’t want to believe it myself. I only came out of denial from it when one of my bullies finally came up to me years later and apologized for their behaviour. I really just did not want to face the fact that I was bullied, but looking back, verbal abuse did affect me. So I will admit to it now: I was bullied in my childhood.

It didn’t really help that while I was being bullied in school, at home my parents were going through a divorce.  My dad was an abusive alcoholic. I no longer had a safe place to escape to, not my home nor my school. I had effectively lost control over my life and no matter where I went, life was hell. The way I saw it, I couldn’t stop my parents from separating and I couldn’t fix my dad, but maybe I could stop the kids from bullying me.

So I did what any stupid kid self-conscious about his weight would do. I started skipping meals. 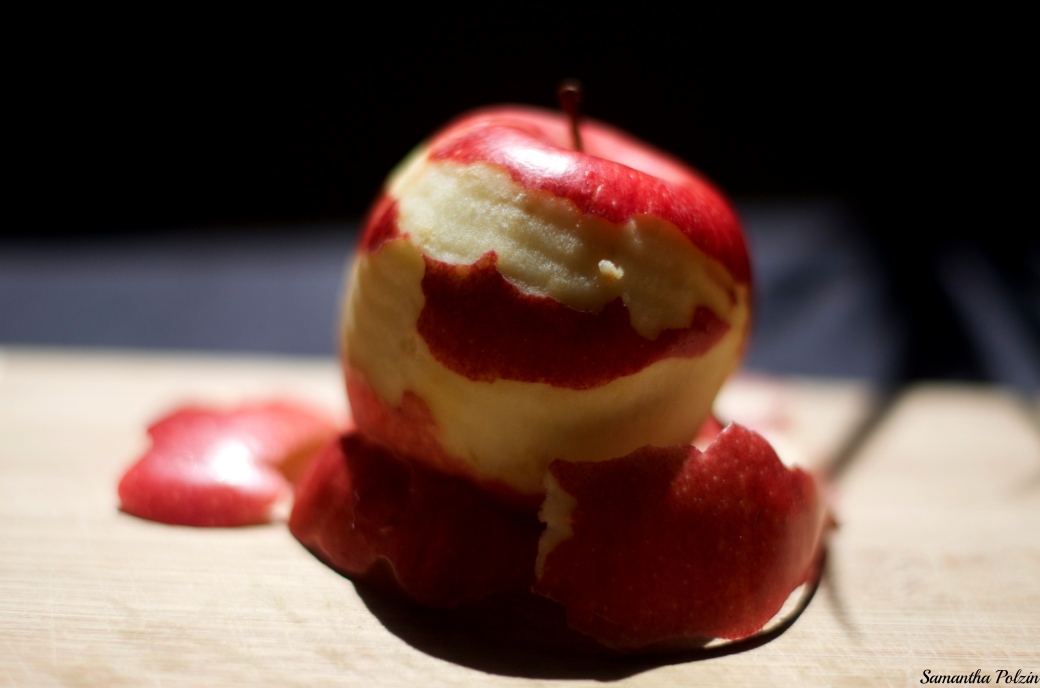 High school came around, and I had hopes that now I could possibly escape the hell of a home life I had by making a good school situation for myself.  I wrong.  The bullying wasn’t nearly as bad this time; maybe it was because the kids were older and slightly more mature, maybe it was because being skinny wasn’t as “bad” as being chubby. Who knows? Either way, it persisted.

When it finally stopped, it was around the same time I had picked up a YMCA membership and started to gain some muscle mass. By then, I had my own group of friends with whom I regularly hung out, my first girlfriend, and I had somewhere I could go to escape the hell hole of a home life my father had created.

Going to the gym had now consumed me.  I assumed there was a correlation between muscle mass and how people treated you. In hindsight, the bullying probably stopped because of how much my personality had changed since middle school, but that’s not what I noticed. All I noticed was how much better my life got since I gained muscles. I became a gym rat.

The gym consumed me even after I moved out of my dad’s to live with my wonderful mother. When, during exams, I had less time to go to the gym, I felt completely disgusted by my body.  I hated to see any of the muscle I gained wither away, to see myself going back to being “fat,” or “skinny.” I always wanted to keep gaining more muscle and getting bigger.

The truth is, even when I go to the gym, I have never been happy with my muscle mass.  I always feel I should gain more, and frankly, I don’t know if I’ll ever be happy with how big my biceps and pecs are.

I never really noticed this as a body image issue until I took first year psychology and noticed the parallels in my thought patterns with that of an eating disorder patient.  And I’m not the only one with this way of thinking. I’ve known quite a few guys to whom “gyming” is one the most important things in their lives. Insecurities go unnoticed is because the way they approach the insecurities is perceived as “healthy”. If you’re going to the gym you’re just being a healthy human being, right?

I guess it depends why you’re there

I often wonder how “healthy” it really is to have these convoluted perceptions about your body. There have been countless times I have neglected social interaction because “it’s chest day, I can’t skip chest day.” Quite a few people I know would give that excuse. “Gyming” gets placed too highly on a priority list.

I don’t mean to make light of the issue of female body image insecurities when saying all this. Nor do I mean to say that these insecurities are any worse than what females go through. Like I had said in the beginning, I’d always been raised knowing how much of a ridiculous burden the media places on women. I simply mean to bring attention to a simple truth, one that is seldom discussed: Yes, males also face problems with their own body image.