Those were my names for a while.

You see, I’ve had many sexual partners. I’ve also had a lot of sex. Sometimes it was great and sometimes it was…well, not so great. 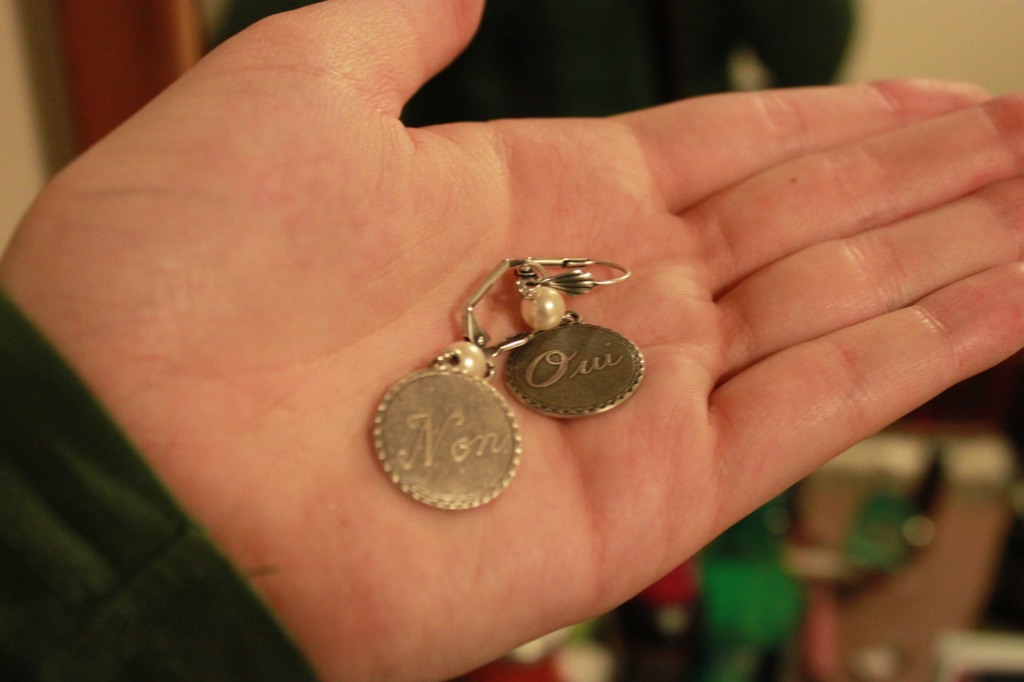 I met M., my first “real” boyfriend when I was 16. We met at a concert. He saved me from a mosh pit (I was way too scrawny to be in there with a bunch of spiky wristband wielding 16 year old boys). M. seemed like a good guy. We didn’t go to the same highschool but we saw each other on weekends. We met and became a couple shortly thereafter.

Over time, I came to see that M. wasn’t so great after all. He was emotionally abusive and degrading. He had some serious anger management issues. But when you’re 16 and have never been kissed, you’re going to take what you can get. At this point, I was the only one in my group of friends who had never been kissed or really done anything physical with a boy at this point. So I hung on to that relationship for dear life. I hung on for a year and a half. For that year and a half, I continually tried to convince friends, family and more importantly myself, that this was a normal, healthy relationship. Unfortunately for me, it worked. And because people in a healthy and normal relationship have sex (so I’ve been told), I figured we should have sex too. I lost my virginity at 17 years old. To be honest, it wasn’t anything to shake a stick at. It hurt. It was awkward. I faked my first orgasm just to make it stop. I really didn’t get what the big deal was. I heard rumours that sex was awesome by other girls in my classroom who supposedly had sex. Was I missing something? Is my whohah broken? Why does NO ONE talk about this shit?

When I finally told my friends that I lost my V card, I thought I would find acceptance. “I’m cool now, right”? “We have something in common now, right”? Instead I found this: Slut. Whore. Skank.

But, but… I’ve never been kissed before! And that wasn’t ok before! That wasn’t cool before! And now… now that I’ve had sex with one person, I’ve become… a slut? Really?

Man, this is confusing.

I really had no clue how to find acceptance from my peers at this point. So I did the only thing that I thought I could do. I took ownership of the words thrown at me. Fine, I’ll be the slut, the whore, the skank. When I was once the girl with black and pink hair, baggy jeans and Rancid t-shirts, I was now the girl in low cut shirts, bright red bras and tight Lululemon pants. I was floundering in the giant pond of highschool and that bright red bra seemed to be the only thing that could keep me afloat. My only consolation was that we were graduating that year and I could move on to new peers in university.

But when I started university, I only knew how to be the “slut”. Being anything else didn’t really seem to work for me in the past.  Why try something different?

I eventually broke up with M and immediately started dating someone else; a new and better guy. We had regular sex. We had a lot of sex actually. He seemed nice at first. Then he started commenting on the way I dressed. The way I acted around other men. I wasn’t really “allowed” to be friends with other men. I couldn’t even hang out with other men. I didn’t get it.  Not once was I ever disloyal or hurtful. I never had any intention of cheating on him, ever. And I never did. But again, the words followed me. Slut. Skank. I still didn’t know what it felt like to be in a healthy, respectful relationship. But I thought I did. And whenever it didn’t feel quite right, I fixed it with sex.

So again, I took ownership of the words. A bit more forcefully this time. Boyfriend # 2 and I parted ways and I decided to live the “single life.” Ha. I thought sex in a relationship was confusing. When you’re “living the single life” you’re welcomed into the world of the most confusing sexual experiences of your life! Throw alcohol into the mix and you have a shit storm. Through out the first three years of my university degree, I drank so much that I lost count of how many people I slept with. Seriously. Not because there was so many that I lost count, but because I blacked out so much that I could only guess when I woke up the next morning how far I went with Dude # 12 or not. I couldn’t seem to make a real relationship work but sleeping with acquaintances or friends seemed to work for a short period of time. I felt sexy. I felt desirable.

I thought that being sexually desirable meant that you were accepted, loved even. So I kept doing it. I put my sexual health at risk (because, you know, asking for a condom mid-bone wasn’t super sexy) because I thought this was the only way to find what I was looking for.

Then I was sexually assaulted. It was my friend’s cousin. My friend didn’t believe me. “Well, he was really drunk and didn’t know what he was doing”. “Why did you wear that to the party”? “You were totally flirting with him”. “Yeah, sure, whatever”. I got this reaction from someone who I thought was my FRIEND.

I had been pretty damn confused about a lot of things when it came to sex and acceptance but I certainly wasn’t confused about what happened that night. I was NOT ok with that. I said NO.

Just because I’ve had multiple partners, just because I was drinking and just because I have sex does not mean that it’s an open invitation to whoever to join the party. Absolutely not. Especially when I did not invite you.

I’m writing this now as the Steubenville rape case is everywhere in main stream media. My heart goes out to the victim…I can’t even imagine how horrible it must have been to piece together how you were attacked by seeing yourself naked on You Tube videos and Facebook. I know that I’m not alone in wishing I could just give this girl a big hug and make all the hurt go away. But this can not be swept under the rug. Not again. Not for the umpteenth time. And the victim not only has a constant reminder of her attack via social media, she also has to listen to the media talk about how horrible it is for her attackers to be sentenced to jail time and have it potentially ruin their careers. I consider myself lucky that I don’t have to listen how my attacker is “a good guy” and “didn’t know any better”.

With therapy and the solid support of real friends I was able to move forward. I started to love myself. I took the time to heal and to discover who I really was. I shed the “sluts”, “whores” and “skanks” and grew a new skin. A new me. I’ve discovered what a healthy sexual relationship is. I’ve even discovered what a healthy, loving relationship is and I couldn’t be happier.

Now you’ve heard my story. You’ve heard the story of the girl in Steubenville. And you will hear more stories, because there are countless of us out there. You probably know some of us. Sisters, Daughters, Sons (yes, boys can be the victims too)…

We need to be heard.

Let’s break the silence, even if it’s only one story at a time.